There are a lot of terms in inbound marketing that may be foreign to newbies just started on the path to becoming a Jedi. Below we offer definitions for the top 25 inbound marketing terms using the Star Wars universe to illustrate. (Because, well, why not.)

A long time ago in a galaxy far, far away…

Buyer’s Journey – the purchasing process Obi-Wan Kenobi and Luke went through when they hired Han Solo in A New Hope:

Awareness – when Obi-Wan realized he needed to get to Alderaan and didn’t have the means to get there on his own (recognition of a problem)
Consideration – the different options Obi-Wan considered to solve his problem (perhaps rob a bank and buy a ship; get arrested and fly there with stormtroopers; hire a smuggler to take them there; etc.)
Decision – the final option Obi-Wan researched in order to choose a solution (the meeting with Han Solo at the cantina)

Conversion path – when Luke lands on Dagobah he’s a visitor and upon meeting Yoda and speaking with him, Luke becomes a Jedi student lead for Yoda (prior to signing on as his pupil)

Leads/Prospects – people who are open to joining the rebellion, but haven’t yet signed up

Organic search – information obtained from a reputable source without paying, such as when Yoda tells Luke there is another Skywalker

Personas – a fictionalized representation that outlines the motives, pain points, demographics, psychographics, and other identifying characteristics of a target audience; in Star Wars, the best example I have is the holographic pieces of the Dejarik game Chewbacca and R2-D2 play:

Progressive profiling – throughout the Star Wars 4-6 trilogy, we learn a little bit more about Luke; for example, in A New Hope, we meet Luke and we learn about his personality; in the Empire Strikes Back, we discover that Darth Vader is Luke’s father; and in the Return of the Jedi, we uncover that Leia is Luke’s sister

SMART goals – acronym for goals that are specific, measurable, actionable, realistic, and timely; in Star Wars it could have been something like “decrease the size of the Death Star from 160 kilometers in diameter to 0 kilometers by the end of today”

Social media – places where people hang out, such as the cantina, used to cultivate relationships

Sources – in the example of Luke and Obi-Wan hiring Han Solo, sources for Han Solo’s business could be referrals from his other satisfied customers, finding him using the force, or traffic from his local spacecraft parts dealer

May the force be with you. 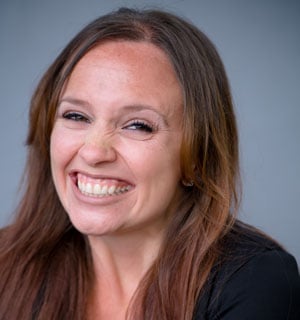