The Psychology of Lead Conversion: Why CTAs and Landing Pages Work

Although psychology has been an integral part of marketing for many years, in recent years we have seen it become an even bigger component as more and more consumers turn to the Internet for information. In its most basic definition, psychology is the science of behavior and the mind.  As online marketing develops and grows out of consumer demand, so does psychology and an understanding of how consumers think and behave as they use the Internet for purchasing decisions.

Here are some psychological explanations as to how they work:

In 1963, Stanley Milgram conducted a study that not only was groundbreaking in psychology research but was also shocking to all mankind. The study asked participants to administer an electrical shock to another participant in the study each time he or she answered a question incorrectly. With each wrong answer, the voltage of the shock would increase. Of course, it is not legal nor safe to administer an actual electrical shock, so the participant receiving the shock is acting and merely faking a reaction. Meanwhile, the participant administering the shock is encouraged by a researcher to continue administering voltages despite the screams and agony they are hearing. The kicker here, though, is that in this study and in many follow up studies the participants keep administering the shocks because the researcher tells them to keep going. Despite knowing that they are torchering another person, they keep going because they are being obedient to an authority figure.

What does this have to do with CTAs and landing pages? Authority is powerful, which is why it is important for prospects to see that you are an authority of the subject matter.  If you ask Joe to download your e-book, he is much more likely to do it when he knows you are an authority figure.

You’ve likely heard of Pavlov’s dogs, Skinner’s box or Thorndike’s cats. These are all classical studies of behaviorism, which lead psychologists to gain a better understanding of operant conditioner.  Basically, operant conditioning is the use of reinforcement presented after a desired response, which will ultimately help to shape a behavior.  There are several discoveries that have been found which make operant conditioning more effective. With landing pages, the most relevant is timing.

After a lead submits a form on your website, how long does it take for them to receive the offer?  It should be immediately. With the use of thank you page that delivers the offer immediately, you can increase future conversions through operant conditioning and also try to move the lead further down the funnel by presenting a secondary offer.

The mere exposure effect is a psychological phenomenon where people tend to favor something simply because they have familiarity with it.  Interestingly, the mere exposure effect even works when people aren’t consciously aware of the exposure. For example, if a person is shown several images of a dog in a row with quick 1 second flashes of a soda(nothing fast enough to register consciously), they will favor that particular kind of soda when asked for preferences among other brands.

For lead conversion, the mere exposure effect is something you can use to your advantage in lead nurturing.  After leads convert, you should have lead nurturing in place to move the lead down the funnel and provide them with mere exposure.  If your lead nurturing follows best practices, leads will become more familiar with you and be more likely to choose you when it comes time to buy.

The Internet is swarming with ads and offers so people often get overwhelmed by the decisions they must make. When this happens, people rely on social influence from others they trust.  Thus, it is important to use this psychological principle in a couple different ways on landing pages:

There are many more ways that psychology can help improve CTAs and landing pages. Share your knowledge and tips in the comments! 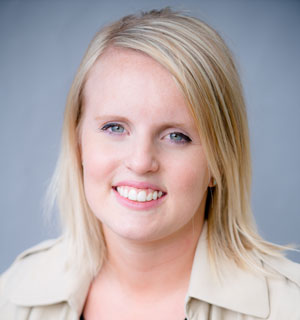