The Key to Being Recession-Proof: Never Stop Marketing or Advertising

They say that when you start a business, the two most important employees to hire are a lawyer and an accountant. That may be entirely true in “normal” times; however, the most important thing for your business in a down economy is a solid and consistent marketing strategy.

Unfortunately, all too often, when the economy starts showing signs of a recession, one of the first departments to take a hit on staffing is the marketing department. In fact, according to a 2022 survey from Spendesk, marketing and advertising were identified as some of the most likely areas to receive budget cuts in a crisis.

This is your public service announcement to never stop marketing or advertising despite a bad economy. In this situation, you need new business now more than ever, so why would you cut efforts to attract new prospects to your organization?

How Past Recessions Prove that Prioritizing Marketing Works

If you feel like prioritizing your marketing efforts is a fool’s errand, you’re not alone in feeling that way. Many businesses are cutting marketing budgets as you’re reading this (budgets that a month ago they had already mostly approved). However, if you look at historic recessions, the most successful brands were those that faced down the impossibilities with bold strategies.

During the 1990s recession, McDonalds cut its marketing budget down significantly, whereas Pizza Hut generously increased theirs. This resulted in Pizza Hut increasing its sales by 61 percent and McDonalds decreasing their sales by 28 percent.

What happened when McDonalds decided to cut their marketing budget was that they gave their competition a greater share of voice, which in turn resulted in more brand awareness and sales for the competition—especially when the economy picked back up.

Also on that list? Target. You shop there, your mom shops there, your cousins who live overseas only wish they could shop there. During the 2000 recession, Target reduced its operating costs and narrowed its distribution margins, all while increasing its marketing and sales budget by 20 percent. Not only did Target rise from the ashes of a recession practically unscathed, but the company went on to experience a banner decade.

As competitors cut back and shy away from marketing and advertising, you absolutely should not. Now is the time to take the reins and engage the ready and waiting audience.

Now I probably have you wondering how to keep marketing without seeming overly opportunistic or even coming across as out of touch and insensitive. Consumer spending accounts for 70 percent of the economy, even in a recession, so the key to outsmarting a recession is changing how you market: shifting budgets into new marketing channels, tweaking messaging, shifting budgets and goals, and never, ever going dark.

Although every recession is different, we do know with certainty that consumers reduce their spending and set different priorities for what they buy. Because of this, how you speak to your prospects has to change. Your brand messaging has to shift to be more empathetic, understanding, and compassionate.

Additionally, when creating content around the solutions you offer, consider focusing on your lower-cost offerings or legacy models that are less expensive to produce or sell. Consumers will be spending on essentials rather than making luxury and discretionary purchases. For instance, during a recession, you typically see car companies focusing on economy models, restaurants advertising dollar menu-style eats, and retailers selling lower-cost clothing labels.

There were murmurings of a recession long before the COVID-19 pandemic struck, and P&G was poised for a recession in September 2019. Instead of decreasing its marketing and advertising spend, P&G opted to start focusing on selling older, lower-cost products.

The company rolled out a value-priced tier of Tide laundry detergent to hit all segments of the market affected by the recession. Based on its experiences in past recessions, P&G also got out of lines of business that are more vulnerable in recessions, including salon hair care and prestige fragrances.

Instead of reducing its marketing spend, Campbell Soup Co. implemented some recession-proof tactics by shifting its marketing and advertising focus to promoting low-cost snacks and foods, including its line of Goldfish crackers and classic soups—both of which tend to sell well during economic downturns. Hello comfort food.

Focus on the Best Opportunities

Though strategies can vary greatly depending on your industry and your products, when recession-proofing your marketing, it is important to focus on the best opportunities. Consider investing in intent data so you can root out prospects who are actively in buying mode. Lean into what your data is showing you as the best tactics and opportunities.

On the other side of the recession, continued investment in marketing will put you in a better position in your market compared to your competitors.

Are you launching a new product? This robust and strategic template helps you outline your next product launch from the planning stage to the post-launch tasks. Get your free copy today! 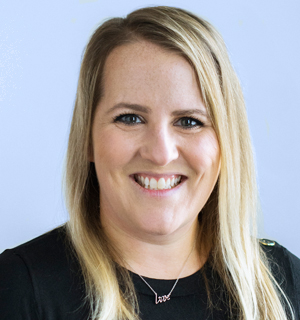 Julia Bye is a Minneapolis-based Director, Client Strategy for SmartBug Media. With a background in agency marketing, she specializes in lead generation, lead nurturing, sales enablement, and content-based tactics that focus on her client's sales and marketing goals. Read more articles by Julia Bye.