I’m generally not a fan of dark, gory television shows that are reminiscent of the medieval times. They are usually too ruthlessly violent and overly depressing for my taste. Yet, I have been a loyal fan of Game of Thrones since my husband first convinced me to “just try it out” during its first season. There was something about that first episode that just drew me in, and I’ve been hooked ever since. Despite the fact that I spend much of the time sitting on the couch with my eyes covered saying, “tell me when it’s over,” I can’t help but impatiently wait for the next episode and watch it with excitement.

Why is that? Well, a lot of it has to do with how much the show’s production quality mirrors a great PR program. From setup to execution (no pun intended)—the storyline is solid, the writing is phenomenal, the actors sell it, and the action never gets boring. There are some great PR lessons to be learned from the hottest show on television. If you ever wonder whether PR can give your company a boost, here are six reasons why you’ve GoT to have PR, with a little help from our friends in the Seven Kingdoms.

In season two, there is a Socratic-like conversation about power during which Varys leads Tyrion Lannister to the revelation that although “Some say knowledge is power. Some tell us that all power comes from the gods. Others say it derives from law;” in truth, “Power resides where men believe it resides. No more and no less.”

This has never been more true than it is today in our modern world, where people need to sift through the daily onslaught of information coming at them from every direction and discern what is fact, what is true, what is “fake news,” and what they truly care about. A good PR strategy can help you cut through the noise and distractions by developing the story that your target audience wants to hear about and getting that story in front of them. PR can elevate your story to the point where it will influence the perception of the right decision-makers, giving your brand the power it needs to increase sales and your bottom line.

In order to get your story where it needs to go, it’s important to select the right messengers. In Game of Thrones, this job often goes to the ravens, who provide the fastest form of long distance communication between the great houses. Much like the ravens, seasoned PR specialists know the quickest ways to get your message out. They’ve spent years developing relationships with the media and industry analysts. They have the inside track when it comes to getting your story in the hands of the people who can distribute it to the masses.

Other important messengers are your company spokespeople. Just because someone has a C-level or other executive-level title, doesn’t mean they are the most effective communicators. It comes down to personality. Some people can develop a good rapport with reporters and deliver your message with ease, while others struggle to make an impact. Choose the most personable individuals to represent your company publicly, and don’t forget—everyone can benefit from professional media training designed to prepare them to be the most effective spokespeople.

3. Never Forget What You Are

Good messaging effectively communicates what your company offers, what differentiates it from the rest of the pack, and why potential customers should trust you to help them achieve their goals. However, a seasoned PR professional will dig deeper to find stories that give your company a more human element. Making you more relatable to target customers allows them to connect with you on a more personal level, which helps establish trust. A good example of this is offered by Tyrion Lannister in the very first episode when he explains how he owns his stature to John Snow: “Never forget what you are. The rest of the world will not. Wear it like armor, and it can never be used to hurt you.”

This is a lesson that resonates with everyone, and should be effectively applied to messaging development as part of your PR strategy. There are many interesting things you can learn about your top executives (and even regular employees) that make for a good story. What was the catalyst that led your CEO to found your company? Why did your CTO feel the need to develop your newest software offering? How can your services potentially help people in need? What kind of pro bono or charity work do your employees like to do in their spare time? Don’t get lost constantly talking about products and services—get personal and toss in a golden nugget or two that may not only land you media coverage, but customer loyalty as well.

4. Throw in a Red Wedding Every Once in a While

One of the biggest PR challenges these days is vying for attention in an overly saturated news market. The goal is to stay relevant and provide newsworthy content. Of course, there is one surefire way to capture the media’s attention—shock and awe. This method is used quite often by the producers of Games of Thrones, who have been more than willing to kill off fan favorites left and right without remorse since the show’s inception. Knowing this, the show’s biggest fans still did not see season three’s infamous Red Wedding coming until it was all over and everyone was left stunned, speechless, and unsure whether they would continue watching the show after such a betrayal.

I swore off the show immediately after that episode, but of course, I was eager to watch again the following week, and every episode thereafter. Despite my bitterness, I somehow became an even bigger and more loyal fan. I found myself feeling more invested in the show each and every time they shocked me by doing something I never thought they would. When it comes to PR, I don’t advocate announcing anything that will leave your audience feeling angry or betrayed, of course, but throwing in a nice surprise or unexpected bit of news/opinion every once in a while is sure to catch people’s attention—just remember to keep it positive.

5. Don’t Fall Off Your Horse

In Game of Thrones, if a Dothraki falls off his horse, he can no longer be a Dothraki. How does this translate to PR? Once you’ve invested in your messaging and your messengers, keep the momentum going by finding new ways to tell your story, build brand awareness, and establish your thought leaders as industry experts. In other words, now that you’ve found your stride, don’t fall off your horse.

PR offers businesses many ways to stay in the game. When Arya Stark and Jon Snow parted ways in season one, he offered her hope by saying, “Different roads sometimes lead to the same castle.” This is also true of PR. A successful PR strategy involves a long-term commitment to a full-service plan that offers many different avenues—news releases, case studies, expert source interviews, contributed byline articles, speaker submissions, trade show support, awards submissions, and social media promotion—all of which lead to the same goal: strengthening brand awareness. Employing all of these tactics will ensure that you don’t lose momentum and you continue to build your brand over time.

Finally, winter is always looming. In business terms, this means that no matter how great things are going, fortunes can take a turn for the worse at a moment’s notice. Sometimes, this is due to internal factors, such as losing your biggest client or dealing with a communications crisis. Other times, it’s due to external factors such as a stock market crash or a change in policy that puts a strain on your business. Whatever the reason, you must always be prepared for the worst, and have your PR messaging ready so you can address any negative issues that may arise as quickly and effectively as possible. Just like Winterfell spent years preparing for the long winter, having a seasoned PR strategist who can help prepare you for a crisis ahead of time is always the best practice.

I bet you never thought that Game of Thrones could offer such great insight into the world of PR. As it turns out, some of the lessons from the show can be applied to developing a solid PR strategy that will augment your marketing and sales initiatives to give you that extra boost you’ve been looking for! 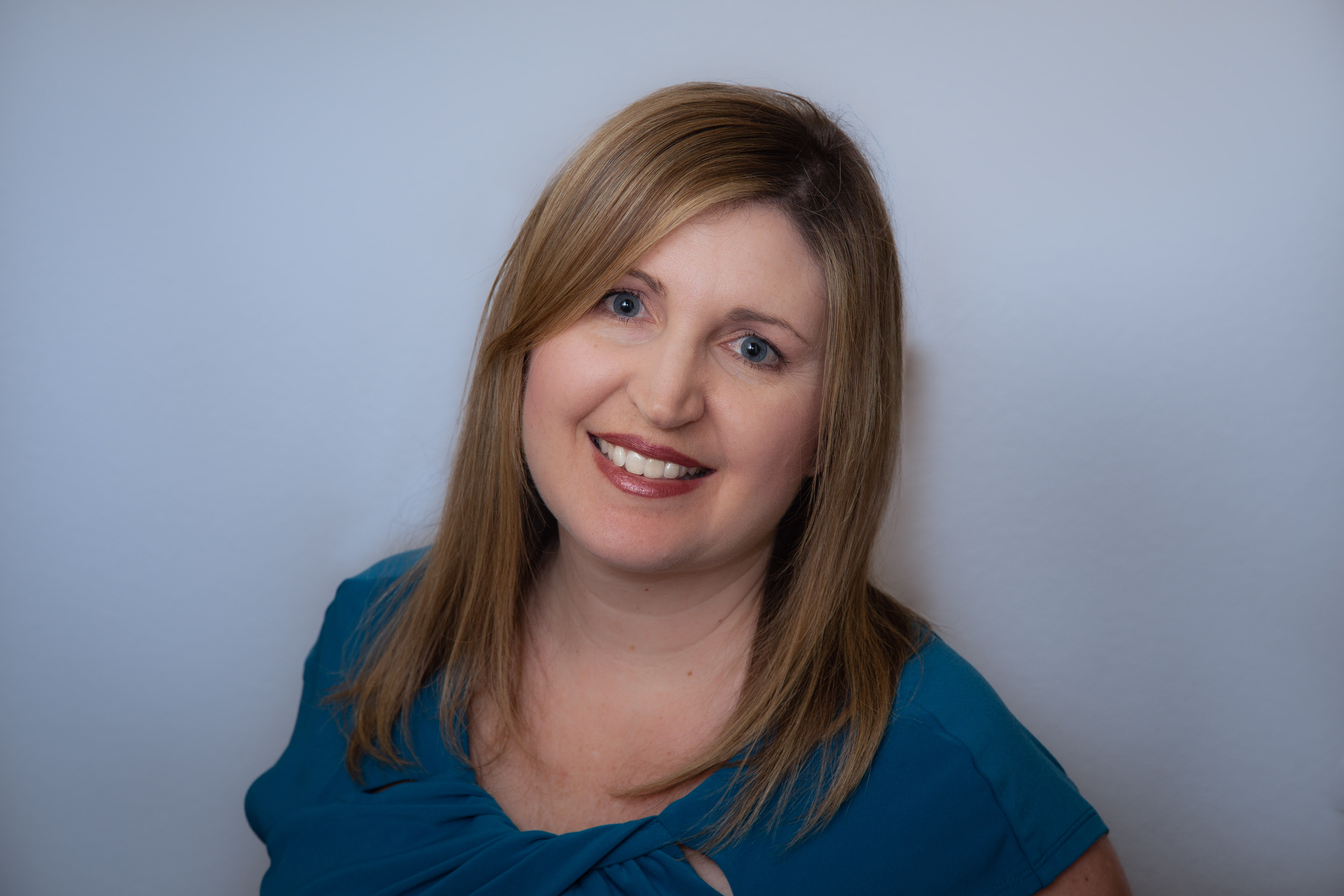 Jennifer Tolkachev was formerly a Public Relations Senior Manager at SmartBug Media. She has nearly 25 years of experience in public relations, media relations, corporate communications, and project management, gaining strategic expertise from working for agencies, in-house, and running her own consulting business. Former clients have included a variety of B2B companies as well as tech giants, global non-profits, celebrities, and a United States Senator. Read more articles by Jennifer Tolkachev.

How to Approach Public Relations and Marketing During a Recession