When presidential campaign season really ramps up, it’s hard to ignore. From auto-dialed phone calls to TV sketches, sometimes the hardest thing seems like escaping the overwhelming flood of candidates trying to win your attention and, eventually, your vote.

A good manager or strategist approaches the campaign trail in the same way that we in business look at a marketing and sales plan. In fact, some of the best marketers in the world are the ones working on the presidential campaign circuit today. What lessons can we learn from them, and from the political candidates who use them?

If there’s one thing (and indeed, there may only be one thing) that Barack Obama and Donald Trump have in common, it’s that they have chosen a concept that will speak to their target audience and simplified it down into a single, memorable idea. These concepts seem extremely simple on the surface but also manage to convey a nuance and depth that resonates with their chosen audience.

For Barack Obama, the message of hope and change was particularly welcome to the up-and-coming demographic of idealistic young adults frustrated by a system that they saw as worn-out and cynical. Those two simple words summed up a host of complicated feelings, frustrations, and confusion and offered the best possible solution with no distracting complexity.

For Donald Trump, the cry to “Make America Great Again” promises a strong and patriotic goal, while also hinting at any one of a hundred possible threats to America’s greatness. The promise of a great country has wide appeal, and the single word “Again” eloquently captures and expresses a fear that greatness may have left the country behind.

In both cases, just a few words are all it takes to convey a complex and nuanced timeline: things have been bad, things aren’t good now, but with me, things will be better.

What do I mean? Well, how would you feel if Hillary Clinton sent you an email that said “Re: dinner with Bill”? If an email showed up from Barack Obama in your inbox and the subject line simply read “hey”? In fact, you may have received one of these very emails and discovered that they were promoting a fundraiser, but the likelihood is that you still opened them because they created an information gap.

An information gap is what happens when someone gives you just enough to make you feel compelled to find out more. What dinner with Bill? Is is possible that I am actually getting a personal email from one of these famous people? I have to click and find out!

“Dinner with ____” or simply saying “Hey” is unlikely to work for a business email, but the principle is sound. Find a way to offer just enough information that the desire to solve the puzzle is enough to make your email a must-click.

In the battle of the third-party candidates, Bernie Sanders and Ron Paul are reigning kings. At this stage in the game it seems like both of them are unlikely to ever win an actual election, but it almost doesn’t matter. For them, galvanizing a substantial base of opt-outs from the general system seems like reward enough.

In order to sustain campaigns that have kept them in the spotlight long after common wisdom says they should have disappeared, both of these candidates have understood their niche and held on tenaciously to that spot that they know belongs only to them. The thing that makes them perennially popular is the fact that they know and embrace their own product. No poll is going to shake Bernie Sanders off a plank of his platform and no opinion survey is likely to water down Ron Paul’s dedication to his Libertarian dream.

Keeping a strong sense of identity makes it easy to maintain a clear, consistent message and target from beginning to end. There’s no confusion about personas, no constantly trying to be all things to all people; just solid, self-confident consistency. It may not pay off in politics (at least not if you’re going to pick a third party to run for), but it’s a big winner in marketing.

Lesson 4: You Need More Than a Great Product

Examples: Too Many to Count

Nice try, Internet, but we’re not going to come down on a side here. No matter how far back you go in the history of politics and no matter what party you look at, you will find someone who seemed to have great ideas that made a lot of sense--and failed.

The reasons that pundits and commentators offer can be too numerous to count. Bad personality, lack of funding, too much on-camera perspiration; there are all kinds of justifications for these failures. The ultimate lesson though, is that a great product isn’t enough. A great product with bad marketing and communication will almost always lose to a worse product that’s well-positioned.

When it comes to marketing, the product is only the first part of a bigger whole. It takes a simple message, a clear role and audience, great communication, and a lot of hard work to turn that great idea into a product, company, or candidate that wins the day.

What marketing lessons have you learned from political candidates? 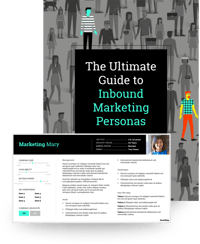 Bethany Jurns was formerly a Senior Consultant for SmartBug Media. She combines a background in creative writing with a passion for technology and data-driven strategy to help companies grow their business and realize their full marketing potential. Read more articles by Bethany Jurns.

4 Ways to Maximize HubSpot for a SaaS Business Model

5 Secrets to Developing Your Brand’s Voice, Tone, and Identity

Are you debating between in-house marketing and a marketing agency? End the debate today by taking our 10-minute assessment.