This week in inbound marketing we look at Hubspot's new Instagram feature, Facebook's recently expanded ad metrics, plus we look at how Amazon's new ad offerings could change the digital landscape.

Tips for Navigating the New Age of Media Strategy

In the past decade, there has been a tremendous shift in how consumers engage with brands. By 2021, video traffic will represent 82 percent of all consumer internet traffic, according to Cisco. Whether your company is using video right now or not, it’s safe to say that you’ll need to at some point in order to keep up with competitors. In this blog, Mark Williams shares tips on how to measure and think about your metrics in the ever-changing digital environment.

If you’ve ever scheduled a social media post in HubSpot, you’ve probably noticed that posting to Instagram wasn’t an option—until now. But if you don’t have an Instagram account already, should you get one? And if you do have one, how does the new feature affect your overall social media strategy? We discuss here.

Getting featured in a major publication, such as Forbes, is every CEO’s dream. But the truth is that getting featured in smaller, more focused outlets is also tremendously effective ( not to mention much easier). In this blog, we look at situations where you might consider seeking out smaller publications to share your story.

Last year, Amazon’s advertising business grew a whopping 60 percent. And according to a new Bloomberg report, the e-commerce giant is set to introduce a new retargeting display ad offering. While Facebook and Google are still considered the “duopoly” of digital advertising, Amazon is one of very few companies that could realistically steal significant market share over the next several years. Read the full report about Amazon’s new retargeting product here.

What if, instead of scrolling down Facebook and seeing an ad for Amazon, you saw one for Alibaba? While it may seem odd at first, Chinese companies are increasingly trying to reach consumers outside of China for B2B and B2C business. So much so that China, despite having a ban on Facebook, is the second-largest advertising market for the social media platform—and many believe that U.S. marketers will face much more competition from Chinese companies over the next several years. Read the full report about China and Facebook now. 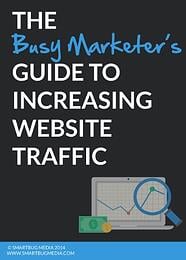 Learn how to attract the right traffic to your website for maximum return on investment.

Learn how to attract the right traffic to your website for maximum return on investment with: 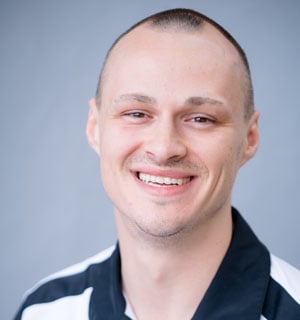 Christopher Hutchens is an E-commerce Marketing Strategist at SmartBug Media based in Salt Lake City. Originally from Chicago, Chris graduated from Mizzou and worked in Columbia, Missouri as an interactive project manager for five years before coming to SmartBug. Outside of work, Chris loves to travel, snowboard, and play/watch basketball. Read more articles by Christopher Hutchens.