The Brand Selfie: Why Egotism Can Be Off-putting to Leads

Fast forward to 2013. Several advancements in photography (Polaroids, digital cameras, and front-facing camera phones) combined with social media and the ease of sharing your beautiful mugshot with the world has spawned a new obsession. In 2013, the Oxford English dictionary officially defined a selfie as “a photograph that one has taken of oneself, typically one taken with a smartphone or webcam and uploaded to a social media website.” In the same year, selfies had become so popular that the word itself wasn’t just recognized as a new word in the English language, it was also named Oxford Dictionaries Word of the Year.

While posing for a quick snapshot of yourself from flattering angles, with pouty lips and flexed muscles, then sharing it with a nonchalant caption like “Just waitin’ in line for my smoothie” is fun (uh…from what I’ve heard), the novelty may have worn off for those on the receiving end of selfies - friends, family, and colleagues. Studies show that sharing too many selfies can damage relationships, but it doesn’t take much science to see that people are annoyed by selfies. Simply do a Google search for something like “selfies are…” and see what Google suggests next. The suggestions I got were “stupid”, “vain”, and “narcissistic."

The fact is simply this: egotistical selfies are off-putting.

I give this brief history of selfies to propose an analogy. Consider the marketing messages you send to prospects and customers every day such as emails, cold calls, advertisements, etc. Just like my (uh…I mean my friends’) duck-faced photos of narcissism annoy most people, could it be that consumers are annoyed by brands who are essentially doing the same thing with their products or services?

A brand selfie is an off-putting advertisement or marketing message that completely ignores the target audience’s needs or interests. In an attempt to sell, sell, sell, brands often talk at their audience with messages that essentially say “look how good our products are” – which can be offputting. Why? Because consumers are probably not interested in your products or services (or at least not yet). Before evaluating brands and their solutions, consumers go through a process of defining the problems they have, considering various ways they could solve those problems and over time the process eventually leads up to product or service comparison. A company’s in-your-face “brand selfie” about products or services will often be ignored by those that aren’t ready to evaluate solutions yet. It interrupts their process and can annoy them if it comes across as a desperate attempt for attention – especially when several other competing brands are doing the same thing in a crowded industry. Wouldn’t it be better to cut through the noise and stand out as a brand that values a relationship with its customers?

A brandshare study by Edelman, the world’s largest PR firm, showed that nearly 90% of consumers want more meaningful relationships with brands, yet 70% of consumers feel that brands have a self-centered desire to increase profits. Brands that use inbound marketing to reach their audience, instead of interruption marketing, start building relationships with their potential customers early on in the buyer journey by focusing on them. They take the time to identify prospects’ needs. They help prospects thoroughly understand the problems they face and the types of solutions that are out there for them by providing educational content such as blog articles, tip sheets, whitepapers, case studies, etc. As a result, they do a better job of connecting with their audience and guiding them through the buyer’s journey until they’re ready to speak with a sales rep.

Sure, touting solutions to a database of cold contacts could drive some business (just like some selfies will get attention) but wouldn’t it be better (in both scenarios) to build genuine relationships by providing things people actually care about or are interested in? Wouldn’t a lead that values your content and trusts your brand be more valuable to your sales team, than a lead who’s just comparing product features?

Of course, sooner or later, there’s a good time for discussing product features, giving a sales pitch, and taking the occasional selfie – just not too often and probably not when starting a conversation. When it comes to your marketing keep your audience in mind, consider the message you want your brand to send to new prospects and ask yourself, “Am I sending a brand selfie?” 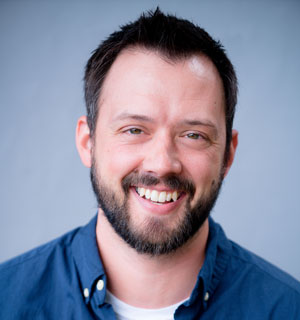