How to Improve Email Deliverability

Imagine for a moment that email doesn’t exist. Instead, to market your business, you have to stand on a street corner talking to people who pass by. Let’s say those people ignore you—and you respond by speaking louder, maybe even shouting, in order to get their attention. It would be understandable if these people started skipping that street corner altogether or started walking around wearing headphones. It’s common sense that if you badger people, they will steer clear of you and your business.

The same can be said for email delivery. If you’re not careful and just shout at everyone that walks by, then your annoyed neighbor (aka the internet service provider you’re using) will prevent you from being on that street corner (i.e., prevent you from sending your message). This is where managing email deliverability comes into play, and in this blog, we discuss how to improve it.

We’ve all seen the checkboxes a countless number of times. You trade your email for a white paper or to sign up for a mailing list, and just above the “agree” button is a little checkbox that usually says something along the lines of “Yes, it’s OK to send me promotional emails.”

This is what is known as a single opt-in system. Although it’s an excellent tool for rapidly growing your email list, it may not always be great for finding high-quality leads. People might give you an email address they never check, quickly click the unsubscribe button, or immediately mark the emails as spam because they really just wanted the free item.

None of these outcomes are good for you. A lack of engagement damages your standing with your internet service provider (ISP).

The easiest way to prevent this from happening is to carefully grow your mailing list by introducing a double opt-in system. This usually takes the form of a confirmation email after the initial sign-up, which will seek an additional confirmation that the recipient would in fact like to receive promotional emails.

Although the initial returns will be lower, this method guarantees that the majority of your recipients will be engaged customers and interested prospects who open emails—and are far less likely to mark your emails as spam. Limiting your growth initially ensures better overall engagement and more long-term security.

Mailchimp conducted a survey recently on the benefits of segmenting your mailing lists, and the data it gathered was fairly conclusive. By comparing segmented and non-segmented campaigns, Mailchimp found more success was found with segmented versus non-segmented email lists.

Email list segmentation is a marketing technique that splits email lists based on any number of conditions (age, income, education, and so on). Mailchimp found that the segmented campaigns garnered 14.31 percent higher open rates and 100.95 percent more clicks. On the flip side, there were 4.65 percent fewer bounces, 3.9 percent fewer spam reports, and 9.37 percent fewer unsubscribes.

This reflects a common trend in marketing: Specificity works.

Gone are the days of shotgun advertising, where you simply throw up a billboard somewhere to try and get as many eyeballs on it as possible. Why? Because 90 percent of those eyeballs aren’t interested in your product or service. Social media advertising is popular because it’s cost-effective and because it’s specific in who it targets.

Now that we are able to address consumers directly, this practice has become an expectation. Many of us are familiar with the surprise and annoyance we feel when a supposedly personalized ad on a website has nothing to do with our interests. How many times have your friends posted a screenshot on Facebook that exclaimed: “This ad was targeted at me?!! What the heck?!”

Marketo found that 79 percent of consumers prefer to engage in personalized offers based on previous interactions they’ve had with the brand. To put it plainly, people like to feel like individuals, so treat them as such.

An easy way you can segment your mailing list to reflect this trend is by categorizing your email lists based on location, demographic, or previous purchases.

It’s tempting to immediately get out there and send an email to your entire mailing list all at once. It makes a degree of sense. After all, you have a carefully cultivated list of people who want to hear more from you and engage with your brand. Of course you want to reach out to them as soon as possible.

But slow down for a second.

If you start emailing everybody at once, your ISP will see an enormous spike of activity, which is not a good thing. To go from zero to 60 like that will look suspicious, as though your mailing list has been hacked—and this is exactly how real spam happens.

In order to avoid your ISP throwing up a red flag, take it slow. Start out by emailing just one segment of your list. Then another segment. Then another. Over time, you can build it up, increasing the number of emails you send at regular intervals. Just remember to pace yourself, because if there are any sudden spikes, your ISP will suspect something.

There is no hard and fast rule for how you should pace this growth. Take a look at the size of your mailing list and take what you deem to be a safe percentage of emails and start there. Once you know that those emails are being delivered, start working your way up.

4. Send on a Consistent Schedule

Now that you’ve started sending out emails on a regular basis, an important question comes up: How often is too often?

Think back to the street corner analogy. No one likes it when someone is on a street corner day in and day out, talking about the same thing over and over. But once in a while is OK. If you’ve managed to make it to someone’s inbox the first time, don’t put them off by emailing them too often. Be respectful of their time.

Exactly how often is too often will depend on your business, but according to a MarketingSherpa survey, 61 percent of folks prefer getting a marketing email once a month, 15 percent said they wouldn’t mind getting one every day (which you can infer means 85 percent would mind), and 91 percent said they have zero problems with marketing emails as a whole. That being said, it’s generally understood that an email a week will suffice, because it’s not intrusive but regular enough to keep your brand top of mind.

A lot of spammers try to get into people’s inboxes by changing the sender of the emails. Unfortunately for them, ISPs have caught on, and now one of the biggest red flags for a possible piece of spam is inconsistency in the senders.

Because of this, it is vitally important that you decide who the sender of your emails will be and stick with it. Many companies will make the sender a particular individual (e.g., john@company.com) to give their emails a personal touch and others will opt for a more professional tone and have a more generic email (e.g., customerservice@company.com). Both approaches work fine for deliverability, as long as you maintain consistency.

6. Allow for an Easy Unsubscribe

It seems counterintuitive, doesn’t it? If someone has signed up to be on your email list, surely you don’t want to give them an option to leave? Actually, yes. That’s absolutely what you want to do.

Here’s the thing, as soon as someone decides they’re not interested in your business, they’ll stop opening your emails. Guess what happens next? Your ISP notices that a bunch of your emails are getting delivered but not being opened, and your ISP will lower your rank—meaning you may just end up back in that dreaded spam box.

Don’t give your ISP a chance to notice your emails are going unread by instead making it super easy for folks to unsubscribe when they’re no longer interested in your business. A one-click unsubscribe method is recommended.

Finally, you should purge your list regularly. Here’s why:

Imagine you have a beautiful apple tree in your garden and every day you go out and admire how big it has gotten over the last year. One day, however, you notice one branch looks like it might be dying. A local botanist stops by and tells you that in order to save the whole tree, you have to cut off the dying branch.

This is a lot like your email lists. Although it may be satisfying to admire a list of 30,000 email addresses, you have a serious problem if 9,000 of those email addresses are inactive users, it is much more beneficial to you to have a small group of engaged users.

Those 9,000 inactive users could quickly get you banned by your ISP, meaning your emails will go straight to spam. As painful as it may be, you want to cut off those 9,000 emails and check your email lists on a regular basis to make sure your users remain active.

It’s recommended that you routinely purge your email lists every few weeks. It’s also never a bad idea to send out one last email that says something along the lines of “It doesn’t seem like you’re interested … but if you are, let us know!”

Another good way of maintaining a healthy email list is to look at a feedback loop. The majority of ISPs provide these. They allow you to get information about the recipients that have complained about your emails. This information is readily accessible on Microsoft, Yahoo, AOL, and Google. 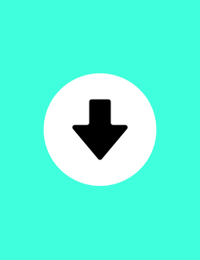 Nurture your leads through the pipeline with:

Natalie Boyd was formerly a Marketing Specialist at SmartBug Media with 10 years of experience supporting in-house, freelance, and agency clients. She is passionate about using inbound marketing to help businesses succeed and make meaningful connections with their target audience. Read more articles by Natalie Boyd.

Back to Basics: What Are Landing Pages and How Do They Work?