Movie Soundtracks to Play While Working

If you're like me, trying to get work done in complete silence can be quite the challenge. I can't tell you the number of times a day I say "can we turn on some background noise?" Although I'm not as big of a music buff as I'd like to be (new years resolution 2016), I am a huge movie buff, so naturally I turn to soundtracks to help me focus when I need to buckle down and get work done. Below are just 10 of the many soundtracks I'd recommend.

OK OK, we all know which song from the soundtrack we're talking about. Don't act like you haven't listened to this before while trying to get motivated. Press play below for an instant boost of energy.

Pirates of the Caribbean

If you're having trouble concentrating on the task at hand, Jack Sparrow can usually pull you out of it. This soundtrack is great from start to finish.

Game of Thrones
I know this isn't a movie but it's just too good to not keep on this list. If you're not already a Game of Thrones fan, this soundtrack will make you one...plus it'll help you get through even the toughest Mondays at work.
Jurassic Park
If the thought of dinosaurs chasing after you in the office doesn't get your heartbeat up, I don't know what will. This soundtrack is perfect for that 3:00 pick-me-up.
Chariots of Fire
I love listening to the song made famous by this soundtrack while working out, and quickly realized it was the perfect fit for working as well. Listen and see for yourself.

Top Soundtracks for Background Noise to Keep You Focused

We're going way back with this one. While most of us watched this as kids, at the time we probably didn't pick up on how entrancing the orchestra can be. It's very beneficial when trying to get through a full workload.

Forrest Gump
This soundtrack gives you a little bit of everything. It's the perfect combination of all types of music that will keep you in the zone.
Phantom of the Opera
You'll be amazed how productive you'll be while listening to this soundtrack. While this soundtrack is a personal favorite, musicals in general can be great for background noise at your desk.

This is one of the most soothing soundtracks I have ever come across. It can help calm you down on even the most stressful workdays.

Slumdog Millionaire
It seems like yesterday that this movie was sweeping all of us off our feet. Both fast and slow songs on the soundtrack are powerful and great to get you through the day.
What are some of your favorite soundtracks to listen to while working? 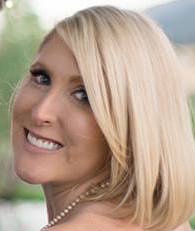 The Ultimate Email Marketing Glossary for 2022