Media Tour 101: Tips to Pulling One Off Like a Pro

While public relations professionals and the business world at large handle most of their communication digitally these days, there’s still much to be said for face-to-face interaction. In fact, in a survey conducted by Harvard Business Review, nearly all respondents (95 percent) said face-to-face meetings are essential for long-term business relationships. It’s on this premise that media tours were established, and it’s precisely why, in today’s era of digital communication, media tours are still a valued facet of PR strategy.

What exactly is a media tour, anyway?

A media tour consists of several casual one-on-one “meetups” with a company thought leader (often an executive) and a member of the media. The tour is set in a media town—say, San Francisco for tech media, or New York City for business media—and is typically conducted in one or two days. Media tours can be done on the heels of company news or product launches, but more often than not, they’re simply an opportunity for your brand to build rapport and stay top of mind with individual members of the media.

Below are some of my best tips for pulling off a media tour like a pro.

Unlike phone interviews where you can nonverbally (and verbally—thanks, “mute” button!) steer your executive back on track, deskside conversations don’t allow PR pros to be so inconspicuous. It’s important that your thought leaders understand that though these meetups may seem more causal, they’re still talking to a member of the media and should give thought to what they say.

To aid in this, create a briefing book that contains background on each reporter, the beat they cover, and their recently published work. Make sure you include suggested talking points and industry trends your executive can speak to when there’s a lull. If you have company news to discuss, prepare a fact sheet, and if you plan on demonstrating a new product with the media, do a few run-throughs prior to the tour.

When it comes to booking a media tour, it’s best to avoid the bookends of the week. I’ve found that Tuesdays and Wednesdays usually work best, as you’re less likely to run into media deadlines. Also take a look at upcoming events in the media town and make sure you’re not competing with other happenings that could hinder your ability to secure facetime with reporters.

As you know, life with the media is sometimes complicated. You can secure meetings four weeks in advance and confirm them every hour up to the event (this is hyperbole—please don’t do this), and come the day of, someone will inevitably cancel. You simply can’t control schedules, family obligations, and breaking news assignments. The best way to prepare for a last-minute cancellation is by overbooking to begin with. A good media tour usually consists of four desk-side meetings per day. Always book five and hope for four.

Just because your executive had a wonderful tour, met with 8-10 members of the media, and offered expert insight and commentary on every single topic mentioned, they should not expect a gauntlet of coverage upon their return to the office. The purpose of a media tour is to establish a long-lasting relationship with media members, not necessarily to generate immediate coverage. Don’t think this point goes without saying. You’ll need to bring this up with your thought leader in the early stages of planning (and probably again during the process).

Make sure your executive understands that most members of the media don’t have lavish, spacious offices like Miranda Priestly a la The Devil Wears Prada. You’ll likely be meeting in a small meeting room, at a reporter’s cubicle, or even in a coffee shop. Don’t bring more than two or three company representatives (including yourself). Aside from the issue of space, this ensures that your thought leader will form a better one-on-one bond with the reporter.

Pay attention to the details

Media tours require a ton of planning: booking hotels, arranging car services, planning routes, etc. Walk through each day in your head, and make sure you’re not leaving anything out. Print out copies of reservations and directions. Pack an “emergency bag” that includes this information, along with the briefing book, an umbrella, business cards, portable cell phone chargers, and a stain remover stick (I learned this one the hard way).

Eat (yes, I’m including this as a tip)

I once had an executive who would get pretty cranky if he didn’t have a sweet mid-afternoon snack. I learned this purely from observation, so as a sort of experiment, I would bring along a sweet treat when we had an afternoon obligation. And it worked. Every. Time. Media tours are mentally draining, and, frankly, food always helps. Plan time for lunch between desk-side meetings, and throw a few snacks in your bag.

Not long after the media tour has concluded, it’s important to follow up with any lingering items you promised the media. It’s also nice for your executive to handwrite or email a note to the media. After all, this entire process was about bettering their relationship.

Media tours require a ton of planning and preparation. And a lot of the time, things won’t go as planned. Remember the point of it all is to build relationships between your brand and the media, and you’ll often find that a better relationship has emerged between you and your executive as some sort of beautiful side effect. 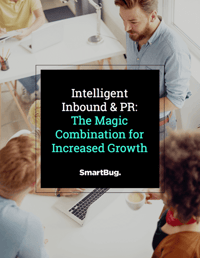 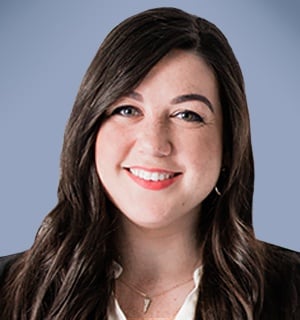