Which of your marketing activities generates the most revenue?

Not sure? You’re not alone.

To help marketers better understand the impact their efforts have on the bottom line, HubSpot announced multi-touch attribution reporting at INBOUND 2019, and it has been available in enterprise accounts since October of that year.Configuring these reports is mostly straightforward. Nonetheless, I’ve noticed a few areas where marketers experience confusion in analyzing their reports. Follow these tips and you’ll be an attribution reporting pro in no time.


1. Choose the Data Dimension That Suits Your Reporting Needs

You don’t actually have to choose any of these sample reports to build your report; they only exist to illustrate what’s possible. All of these options are available again in the Configure tab, where the report building really happens.

Once in the Configure tab, scroll down to the Data section and select the Dimensions tab. Here you can access all the same options (and more) that had been available in the Explore tab, with a quick explanation of each. Also from within the Explore tab you can select other filters for your report, like date range, deal owner, and sales pipeline.

Once you’ve chosen a dimension to report on, you next need to understand the different interaction types and how they factor into the attribution models available.

By definition, multi-touch attribution refers to the two or more touches that led to the closed/won deal. But those touchpoints needn’t be treated equally for every contact, and the attribution reporting tool doesn’t require this.

For example, imagine that two contacts each visit your landing page. If one contact leaves the page without converting, and the other contact completes your form and enters your customer relationship management (CRM) system, wouldn’t you agree that the landing-page visit was more important in the second case than the first?

HubSpot revenue attribution stores the four key conversion points below for each contact, making them available for use in your attribution modeling:

All other interactions are referred to as “middle interactions.” Note that the conversion points are stored in HubSpot by default, even if you don’t use them to create a revenue attribution report.

Now that you understand the four conversion points, it’s time to look at how they’re weighted in the six different attribution models.

Note that you can use more than one attribution model in your reporting.

As mentioned above, revenue attribution is only available to subscribers of HubSpot Marketing Hub Enterprise.

Furthermore, the reporting only takes into account deals that are marked as closed/won and meet the following criteria:

The interactions for all contacts associated with a deal that meets these criteria will be factored into the reporting.

Lastly, depending on the data dimension you wish to report on, it’s worth your while to ensure that dimension is associated with the correct assets. For example, if you choose to report on the Campaigns dimension, ensure that all the correct assets are associated with that campaign when you first create the campaign. Otherwise, you risk understating or overstating revenue attributed to that campaign. 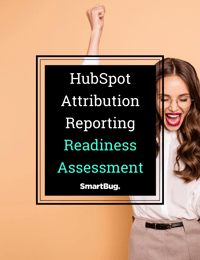 Find out your attribution maturity in 8 minutes by taking our: 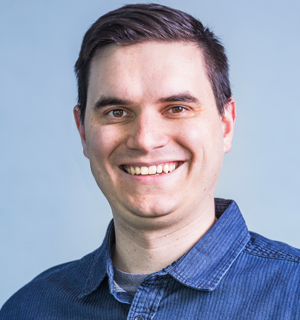 Charly Mostert is an Inbound Marketing Strategist at SmartBug Media. With diverse in-house and agency experience, he loves researching and spreading the word on the newest inbound marketing best practices. Read more articles by Charly Mostert.