Inbound marketing is all about taking a customer-driven approach to content rather than a traditional marketing and sales approach. Essentially, inbound marketing content positions the buyer persona as the hero of a story and your brand as the hero’s guide. Various types of inbound marketing content, such as white papers, e-books, infographics, case studies, and more, are maps of the buyer’s journey. We often talk about the buyer's journey, but have you considered how similar this journey is to the hero's journey depicted in most films we see these days?

Almost all great blockbuster films follow the same formula. It’s called the Save the Cat!® “beat sheet” (from the book Save the Cat! The Last Book on Screenwriting You’ll Ever Need by Blake Snyder). Every blockbuster’s story consists of three acts and various “beats”—the points of action upon which you hang your basic story—that connect those acts together. The standard three-act structure is a model used in narrative fiction that divides a story into three parts—the setup, the confrontation, and the resolution. The Save the Cat! beat sheet breaks down that three-act structure into 15 critical story beats.

When developing inbound marketing content for a brand, you can use a similar storytelling model. Sure, you aren’t telling fictional stories about superheroes or galactic space battles, but you are telling the story of how your customers can be transformed by your products and/or services. When strategizing for your next inbound marketing piece, try using the beat-sheet approach to map out the story you want to tell.

Here are five lessons you can learn from the beat-sheet approach.

1. The opening image should capture the struggle.

The opening image is “a visual that represents the struggle and tone of the story. A snapshot of the main character’s problem, before the adventure begins.” When creating your next website, video, e-book, white paper, or blog post, remember that the opening image is the most important component because it allows your prospect (the “main character”) to become emotionally invested. The riveting opening images in the original Star Wars film (1977), for example, draw the viewer into the galactic struggle that defines the rest of the movie.

Your opening image should do the same. It should engage your audience by presenting a snapshot of their dilemma, and it should be an image they can relate to.

2. The “theme stated” tells us the truth.

In movies, the “theme” is what the story is about—the core message or “truth.” It is often stated or hinted at in compelling ways. In Steven Spielberg’s Raiders of The Lost Ark, for example, the theme is first introduced when Indiana Jones lectures his college students about the great dangers of confusing archeology with folklore. Yet through Indy’s adventures, we learn that “there are some powers in this world that man was not meant to wield,” and Indy discovers by the end of the film that there is some truth in the folklore.

The “theme” in your inbound marketing content, like the theme of a movie, is the story, the core message. The theme of your content should not only be clear, but it should also resonate with your prospective buyer. It should be the one thing the buyer takes away. The theme should also work as an organizing principle that helps your reader make sense of all the elements or pieces of the “story” you are telling.

A Pro Tip: Theme vs. Subject

Be sure not to confuse theme and subject. The subject of an inbound marketing piece is the topic of interest. For example, the subject of your next white paper might be improving supply-chain analytics with big data. The theme would be how to access the various types of big data to achieve those supply-chain improvements.


3. The debate should bring the truth into question.

The “debate” is my favorite story beat because it is the most human element. It is the moment when the main character asks himself or herself, “Can I face this challenge? Do I have what it takes?” The debate beat is the last chance for the hero to walk away from a (usually dangerous) situation. In Captain America: Civil War, when Steve Rogers is faced with the option of signing an accord to bring United Nations oversight to the Avengers superhero team, he ponders what signing that document would mean for the team and its future. He harkens back to the earlier stated theme: “Compromise where you can; and where you can’t, don’t. ... Even if the whole world is telling you to move, it is your duty to plant yourself like a tree and look them in the eye and say, ‘No, you move.’” The theme and the debate tie nicely together.

Your inbound marketing content should also create a dialogue between theme and debate. For example, in the aforementioned hypothetical white paper, the debate you want your reader to have is over whether or not his or her company can actually embrace the big-data solution to solving its supply-chain challenges. If you’ve made your theme clear, the choice should be evident.

For people to change, they often have to hit rock bottom. We see this all the time in movies. In the 2009 Star Trek remake, Captain Kirk regains control of his ship from his friend Mr. Spock—who has lost his way and is making bad command decisions—by causing him to feel despair. Spock steps down, and he goes on to have a personal breakthrough. Try applying this story beat to your marketing content. If you have structured your content appropriately thus far—by (1) presenting a compelling opening image, (2) establishing a clear theme or message that rings true, and (3) setting up the internal debate—at this point, your potential buyers should be feeling as though their current way of doing things is insufficient and negatively affecting their business. They should feel that if they continue with the status quo, there is literally no hope for success. This moment of revelation is key to getting them to start their transformation.

5. The finale and the final image should embrace the truth.

The final image in a movie should not be confused with its finale. The finale is when the hero of the story finally embraces the truth and everything makes sense. The final image is the antithesis to the opening image, proving, visually, that a change has occurred. Using the Star Wars example again, the opening image showed a galaxy in disarray; doom was evident. In direct contrast, the final image shows the movie’s heroes standing together at a ceremony celebrating victory against the the enemy. The viewer has been taken on a journey from a state of no hope to a state of great hope.

Your marketing content should reveal your brand’s product and/or service as the ultimate solution, and the audience should recognize and believe in the possibility of transformation through your product. Success is the name of the game, and this final story beat should be the opposite of the challenge they faced at the beginning.

To conclude, try to view your marketing content through the lens of storytelling. This approach can seriously improve the quality of your content and up your game with prospects. After all, your potential customers have a problem, and they are looking for a way to fix it. By positioning your audience as a hero on a journey of discovery and your brand as a guide, you can provide the right call to action that will lead your prospects to transformation and success. This beat-sheet format is not for everyone, but it can help many writers and content developers ensure that their marketing “story” is hitting all the right “beats.” 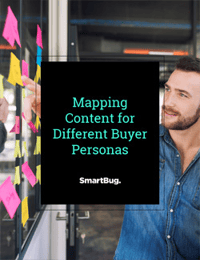 Place the right content in front of the right people with: 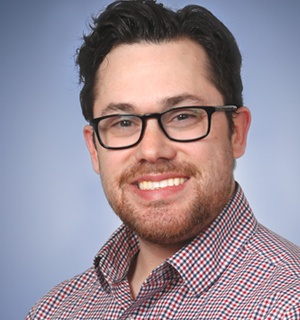 Kevin Coll was formerly a Marketing Strategist at SmartBug Media. An energetic, multi-faceted, and trusted marketing professional and communicator with 10 years experience in B2B and B2C helping companies communicate and market more effectively so their customers will act. When not marketing he is exploring his love of writing screenplays, developing short film projects and hanging with his wife and friends. Read more articles by Kevin Coll.